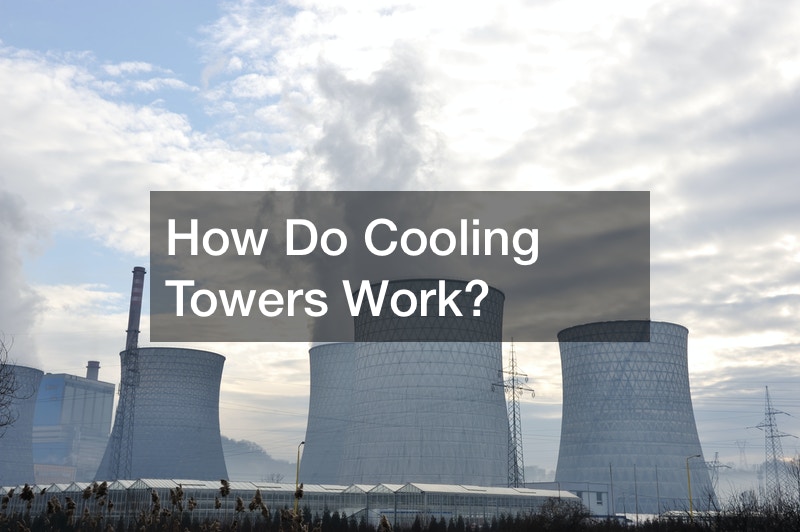 If you are interested in how cooling towers work or want to rebuild a cooling tower, it might be a good idea for you to watch this video. Basically, warm water is sent from the chiller and contains all of the heat that needs to be dissipated. The water is then distributed over packaging within the cooler, where it loses its heat and then eventually goes to the bottom and collects in the basin.

The water will then be sent back down to the chiller, where eventually it is going to pick up heat again and be sent back through the same cycle.

Additionally, cool air is being sucked into the cooling tower, and it passes in the opposite direction when compared to the water. It picks up the heat from the water, helping to cool it, and it also picks up some of the water, which is why this air is fairly humid. There is a drift eliminator at the top of the apparatus that will condense some of the water, so that it is reclaimed. This way, whoever is in charge of the apparatus can save some operating costs. The humid air is rejected as well, and it is pushed out back into the surroundings.